A celebration of the opening of the MUSC Health West Ashley Medical Pavilion showed just how important a symbol the new site is. As Mayor John Tecklenburg pointed out to the crowd, it’s a sign of new life in this Charleston suburb of about 75,000 people who live west of the Ashley River.

“This is so important for my city in so many ways — not just this notion of wellness and health care but in the urban development and progress of our city, especially the revitalization of West Ashley.”

Tecklenburg said the pavilion’s medical team has seen about 6,000 patients in its first month. “They’re West Ashley citizens. Families who are able to connect with the services they need so conveniently.”

The pavilion, housing more than 22 medical specialties, fills the space left empty when J.C. Penney closed in 2017. The medical facility is accessible both from the parking lot and through the mall.

The mall is on track to become part of a larger development called the Epic Center. Developers say it will eventually include a world-class sports facility, restaurants, homes, offices and more.

It’s a big change for Citadel Mall, which opened in 1981. In recent years, online shopping dramatically changed the way people purchase, leaving empty storefronts. So like other ailing malls across the country, it’s being repurposed. You can still shop in Citadel Mall, but that’s not the only draw anymore. There are also gyms for kids, a railroad club, and now, a large medical facility.

Patrick Cawley, M.D., CEO of MUSC Health, said the pavilion brings health care closer to where about half of Charleston’s residents live. “You no longer need to come all the way downtown to get world class specialty care. These specialists are supported by 96 exam rooms. There’s an ambulatory surgery center with two operating rooms and two procedure rooms,” he said.

“We have a full diagnostic imaging center, which includes radiology, CT scanning and MRI. We also have a pharmacy, we have laboratory services and we have physical therapy and occupational therapy. That was our vision.”

Then came Cawley’s applause line about the MUSC Health West Ashley Medical Pavilion. “We’ve accomplished that here — with a great amount of parking.”

But he spoke more seriously about the idea behind the new pavilion. “At its core, this facility represents what should always be our North Star — putting our patients first.”

Cole and other speakers thanked the many people who helped make the pavilion a reality, including developers Richard and Ginger Davis and city and county leaders. “Things like this don’t just happen – especially not on time, on budget and exceeding expectations. That requires a lot of people willing to commit and to work,” Cole said.

He also referred to MUSC’s growth statewide, which includes the recent purchase of four community hospitals and an affiliation with Doctors Care. “As you may have noticed, there’s a lot going on at MUSC. It’s very exciting. I’m excited and energized for our future. We feel we have the opportunity to fulfill our mission as the academic health center for the state of South Carolina.” 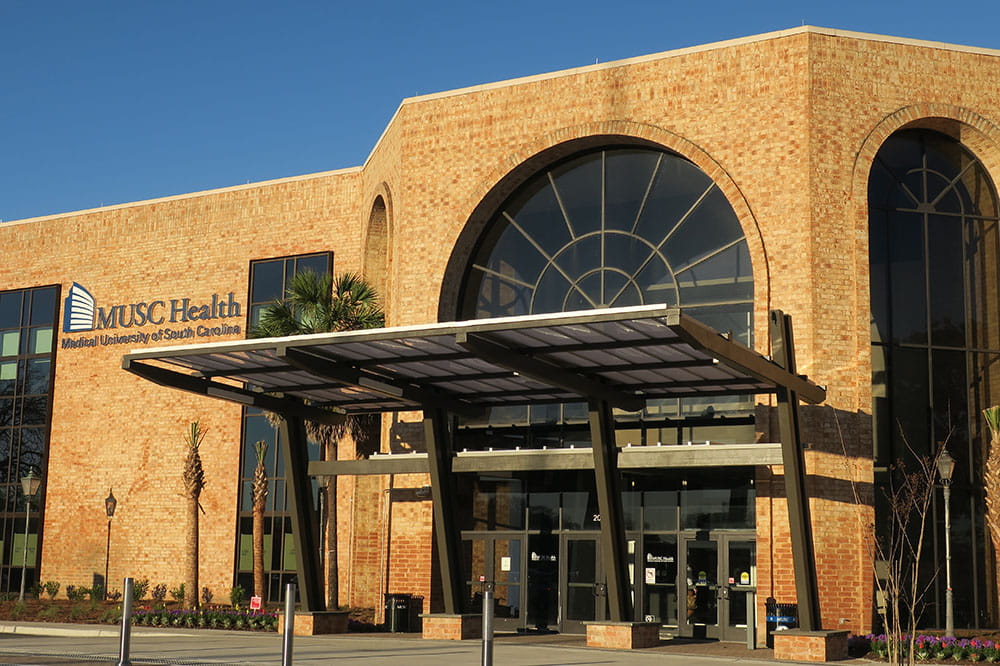 Patients are buying into the idea of the first MUSC Health site inside a shopping mall. 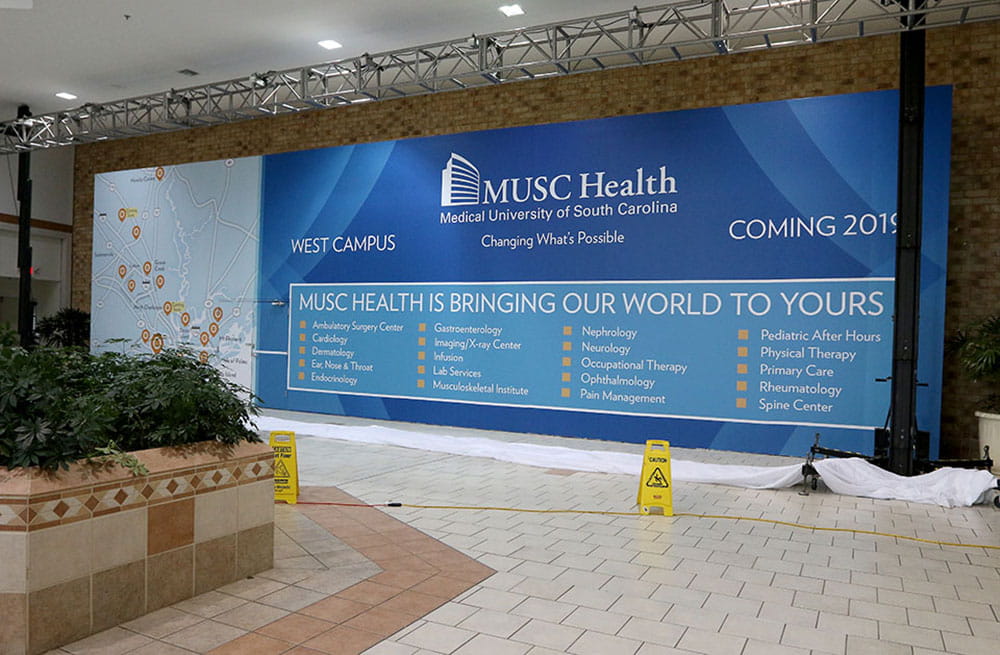 The Citadel Mall is getting an ambitious 21st century makeover. It will be called the Epic Center, and it will house a new MUSC Health campus.