Pectus excavatum, also known as “sunken” or “funnel” chest, is a congenital chest wall deformity in which several ribs and the sternum grow abnormally. This abnormal development results in a concave or “caved in” appearance. The deformity may be identified at an early age and commonly becomes more noticeable in puberty and early adolescence.

Pectus excavatum, a “caved-in” or “sunken” chest, is the most common type of congenital chest wall deformity followed by pectus carinatum. The appearance of the defect varies widely. The exact mechanism involved in this abnormal bone and cartilage overgrowth is not known and to date no known genetic defect is directly responsible. Despite the lack of an identified genetic marker, there is a familial occurrence in at least 35% of cases. Pectus excavatum occurs in 1 in 350 births with a male to female predominance of 3:1.

Are There Any Symptoms Associated With Pectus Excavatum?

The appearance of the chest can be very disturbing to young teenagers. Problems with body image and self-esteem are frequently reported in teenaged patients and psychological disturbances are not unusual in young adults. In addition, many patients with pectus excavatum experience chest wall or back pain that is musculoskeletal in origin. The exact cause of this is not well known but may be in part related to poor posture. In addition, several studies have shown changes in pulmonary function, primarily related to pulmonary reserve and ventilation volume. Other studies have suggested
alterations in cardiac function, particularly with exercise.

How Do You Treat Pectus Excavatum?

Surgery is the primary treatment for moderate to severe pectus excavatum, particularly when there are associated symptoms. Alternative therapy for less severe or asymptomatic pectus excavatum may include strengthening of the core musculature through a dedicated exercise plan.

How Do I Decide Which Method, Surgical vs. Non-Surgical, Is Best For My Child?

This process begins with an evaluation by your child's physician, who then will refer you to our pediatric thoracic surgeon at MUSC with significant expertise in the management of congenital chest wall malformations. Your surgeon will evaluate your child and discuss the treatment options of the Pectus Excavatum. Tests, including, but not limited to, a chest CT and PFTs (pulmonary function tests) may be ordered. Together you will decide which treatment option is best suited for you and your child.

Watch a video in which MUSC Chief of Pediatric Surgery, Christian J. Streck, M.D., reviews each part of the surgery needed to correct the pectus deformity.

How to set up your evaluation

If you have further questions, we would love to see you in our offices. We are conveniently located in four different locations throughout South Carolina and see patients in Charleston, Mount Pleasant, North Charleston, and Beaufort.

We take great pride in the care that we provide our patients and have a long track record of quality and safety in patient care. We are the only Childrens Hospital in South Carolina to Participate in the American College of Surgeons National Surgical Quality Improvement Program and our outcomes are some of the best in the nation. 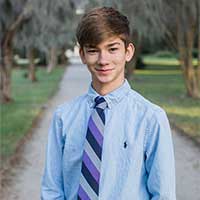