fter six rounds of chemotherapy, plus Christmas and a birthday spent in a hospital room, 4-year-old Abigail Lee had two words to say on her final day at the MUSC Children’s Hospital: “Let’s go!”

But any little girl deserves to finish cancer treatment with some fanfare, and three special friends came out to see her off. Abigail was fiddling with her mom’s cell phone when her favorite mascots, local canine luminaries Charlie and Chelsea from the Charleston RiverDogs and Scrappy from Patriots Point, showed up at her room.

Abigail grabbed their paws and walked through the halls of the 7th floor, stopping to take photos with nurses and saying goodbye to friends she had made during her eight-month stay at MUSC.

Abigail’s mom, Stephanie Lee, said it was bittersweet to leave. “Luckily, we’ll see everyone when we come back for surgery,” she said.

Abigail was born with mosaic Down syndrome and hypoplastic left heart syndrome, a condition in which parts of the left side of the heart failed to develop completely. As she prepared for her third open heart surgery last year, blood tests revealed another problem: she had acute myeloid leukemia.

Her family moved into the children’s hospital around the holidays. Her father, Adam Lee, strung Christmas lights in the room window to spell out ABBY.

People around the MUSC campus started asking about Abigail after seeing the lights. She became more of a celebrity in recent weeks when she cried during the MUSC Shawn Jenkins Children’s Hospital naming celebration and then broke into a smile when her mom hoisted her onstage to receive hugs from the Jenkins family.

Patriots Point public information director Chris Hauff said Abigail first met Scrappy during a visit to the Child Life Atrium over the holidays. She danced with the Patriots Point mascot, who is named for the Airedale terrier that sailors smuggled onto the U.S.S. Yorktown in the 1940s.

“Some of the kids were shy, some were scared and some clung to him from the beginning,” Hauff said. “Abigail not only gravitated toward him but held his hand. When we got the email that she was going to be discharged, we just had to send Scrappy out there. To see the smile on that little girl’s face was worth every minute.”

Haley Kirchner, director of community relations for the RiverDogs, also met Abigail before her discharge, when Kirchner and some of the baseball players visited the hospital earlier in June. “She was so fun and kept making all of us smile,” Kirchner said. “Bringing Charlie and Chelsea on her last day gave us a chance to make such a special day even more special for her."

Abigail, her parents and her 1-year-old sister, Emmaline, will take a trip to Disney World in the fall through the Make-A-Wish Foundation. Abigail will undergo her third and final heart surgery in the spring.

But for now, she gets to enjoy time away from needles, tests and medication. This summer Abigail heads to Camp Happy Days, a program that offers children with a cancer a chance to be kids. Charlie, Chelsea and Scrappy escorted Abigail through the hospital halls, down the elevator and out to her parents' car. Abigail gave a round of high-fives and hugs, waved goodbye and thanked them.

“We’ll see you at the Yorktown or the RiverDogs game,” her mom said. “But not at the hospital.” 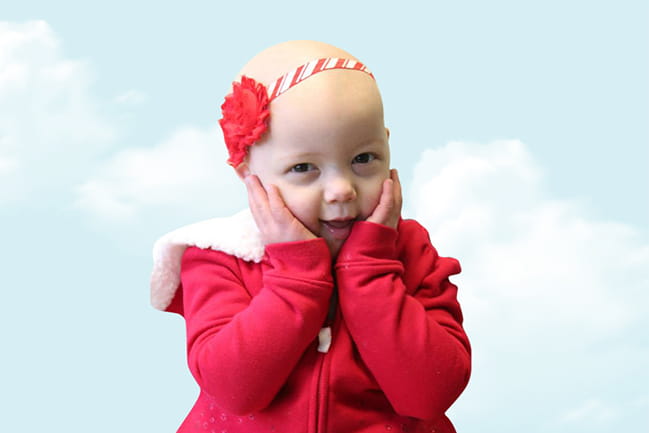 Abigail has known the MUSC Children’s Hospital and its staff since the day she was born.